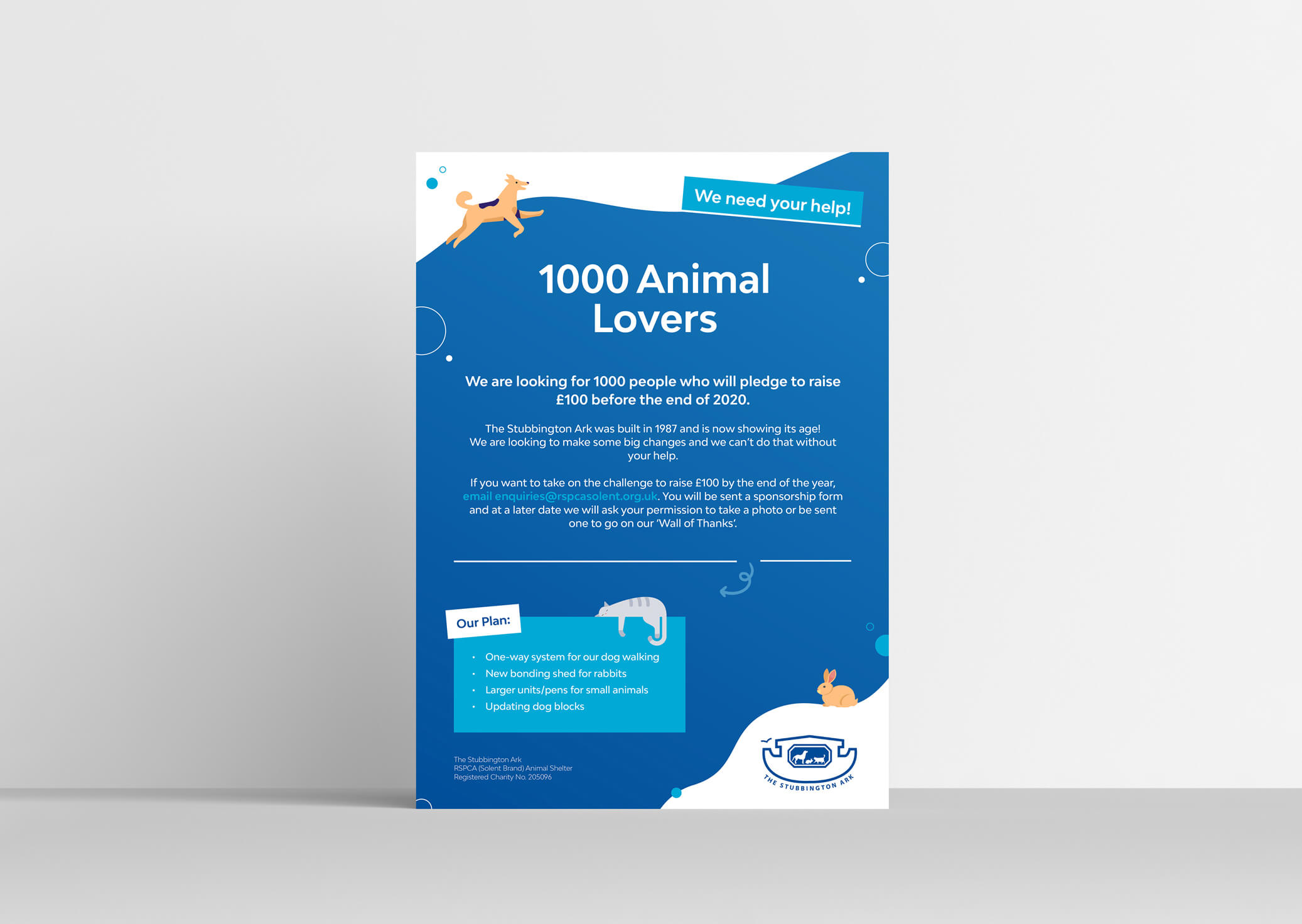 In the Studio This Week: Stubbington Ark Popping Poster Design

In the Studio This Week we’ve created a bright and playful fundraising campaign poster for the Stubbington Ark animal shelter (RSPCA).

We wanted to help out this brilliant charity during these tough times in the best way we know how, with beautiful design!

The idea came from one of Glow’s designers, Amy, who recently decided to take on the Stubbington Ark’s challenge of pledging to raise £100 by the end of the year, along with 999 other animal lovers. This collaborative fundraising will allow the charity to complete much needed work on the shelter and continue its incredible work of caring for such a large number of animals.

Amy is raising money by completing a series of sponsored litter picks around her local area, which will take a minimum of 10 hours in total. So far, she has smashed the £100 target and has raised £235 for the charity. If you’d like to support Amy in her ‘Lockdown Litter Pick’ challenge and help the Solent RSPCA branch then please follow this link. She’d be chuffed!

We had previously seen a post on the charity’s Facebook page which first introduced the campaign. For us, it didn’t feel reflective of the wonderful RSPCA brand and we felt we could add our Glow touch to the design and make the poster pop with colour and fun design elements. We have used the brand blue and have introduced a subtle gradient for the background and paired this with curvy shapes for a soft, approachable feel. We have also incorporated vector graphics of animals (in particular the animals featured in the charity’s logo) to continue the playful theme, whilst reiterating the message of the poster.

We sent the poster over to the Stubbington Ark and the staff were delighted with how it looked. They later featured the design on social media, as part of its 1000 Animal Lovers Campaign. We were so pleased to have been able to help!

Some shots from Amy’s Lockdown Litter Pick Challenge to raise money for the Stubbington Ark. Menu
By continuing to use the site, you agree to the use of cookies.AcceptMore information